World Health Day 2017 will be celebrated on April 7th to mark the anniversary of the founding of the World Health Organization (WHO), whose goal it is to build a better, healthier future for people all over the world.

Depression is a disorder that affects people of all ages, from all walks of life, in all countries. It causes mental anguish and impacts on people’s ability to carry out even the simplest everyday tasks, with sometimes devastating consequences for relationships with family and friends and the ability to earn a living. At worst, depression can lead to suicide, now the second leading cause of death among 15-29-year olds.

Depression is preventable and treatable but it’s important for everyone to better understand what depression is along with how it can be prevented and treated. The campaign’s aim is to help reduce the stigma associated with the condition, and lead to more people seeking help. According to the latest WHO estimates, more than 300 million people are now living with depression, an increase of more than 18% between 2005 and 2015.

Depression impacts us all, whether directly or indirectly. If you are depressed or know someone who is, know that help is available:

This year, let’s help overcome the stigma often associated with depression so that more people will get help.
#LetsTalk 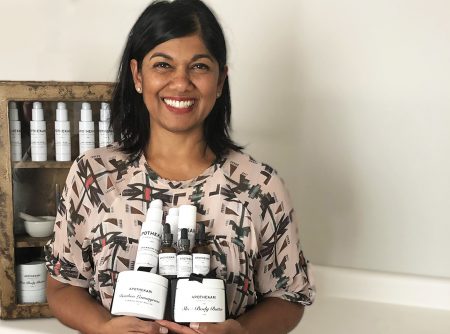 I'm loving this deodorant from Apothekari! I'm very skeptical about natural deodorants because I perspire a lot and had always used antiperspirants. Wanting to go more natural, I've tried a few natural deodorants and this is by far the best. I can apply in the a.m., go overnight, and work out the next a.m. without having to reapply. I also love the smell. I have scent sensitivities and this citrus-ginger mix doesn't bother me at all. Super-happy with my purchase.

I’m so pleased with my products! My skin is already more radiant, pores are tighter !

I’ve tried many natural deodorants with mixed results. The Apothekari deodorant works GREAT, even when doing intense workouts. I also like the scent of all of the products. The skin of my underarms seems to have improved texture as well. I will definitely repurchase.

This is the first and only natural deodorant that has kept me fresh for more than 6 hours. I put it on at night after my shower and it keeps me Oder free for around 12 hours. LUMÉ couldn’t do that for me! I wouldn’t buy this particular scent again though, I thought it would have a nice balance between the Neroli and Rose, but I cannot smell Rose at all - in my opinion it comes off smelling very manly. Next time I will order the lavender and bergamot scent.

The deodorant is great, gently shake and roll on. It’s very watery so I rub my arms back and forth to get it applied everywhere and then wait for a second in front of the fan before putting on a shirt. But it sooo worth it!!! Amazing deodorant and no rashes! My skin feels healthy. I have been using it for about a month.

I've tried prescriptions and other products that claim to help with vaginal dryness and none compare to this product. So natural and no added hormones or perfumes. A real game changer for me! Also BEST name for this!