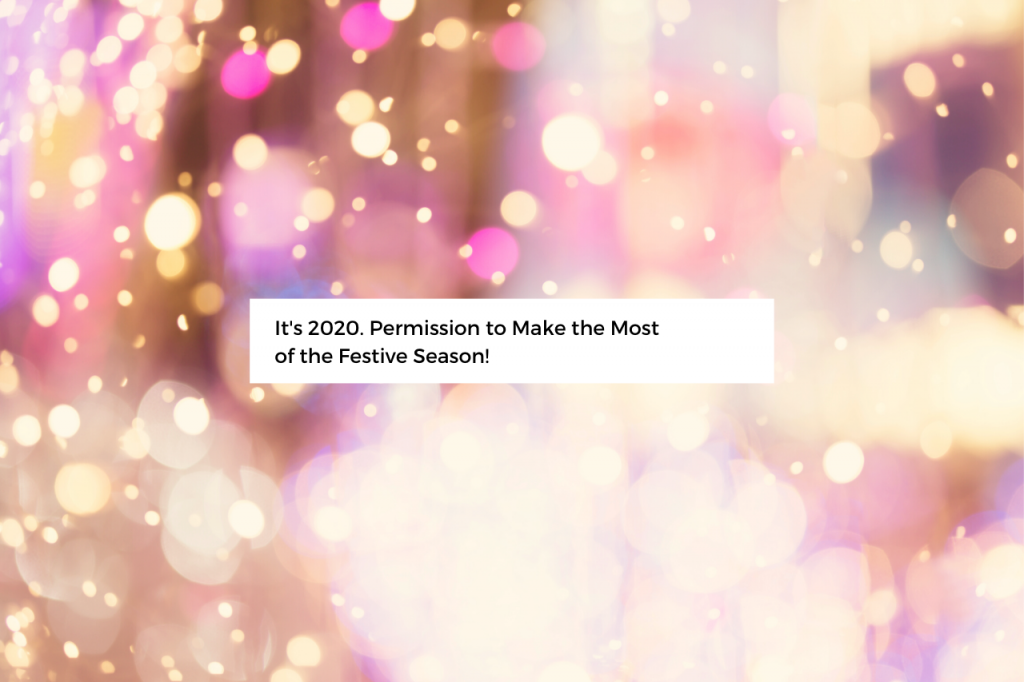 2020 has been a challenging year for EVERYONE; this year give yourself permission, and make a plan, to really enjoy the Festive Season! As enjoyable as the holidays can be, they can also be busy and stressful. The stresses may be very different this year, but they are real so it’s still important to make time for self care.

Take time to rest and rejuvenate, practice mindfulness and movement, and allow yourself to be nourished with food that speaks to your soul. Remember to look after your skin too!

At Apothekari, we’re focusing on spreading light and happiness. Let’s take a look at all the festivals celebrated around the world at this time of year. Plus, we’re sharing some of our favorite, indulgent holiday recipes – cause what’s a celebration without food?! We hope that this post inspires you to find some joy during this “most wonderful time of the year”. (Apologies for the cliché).

Celebrated on December 8th each year, Buddhists honor the day that Siddhartha Gautama (the founder of Buddhism, aka Buddha), achieved enlightenment through meditation. ‘Bodhi’ means awakening or enlightenment and it took Buddha 49 days of unbroken meditation to find the root of suffering and how to free himself from it.

On this day, Buddhists quietly reflect the ways of enlightenment. While some eat tea and cookies, others decorate a Bodhi tree, the tree that Buddha sat under, while meditating. There aren’t any parades or fanfare, rather a quiet day of meditation.

Often called the Festival of Lights, Hanukkah is an eight-day Jewish celebration, which takes place December 10 – 18th, this year. It commemorates the rededication during the second century B.C. of the Second Temple in Jerusalem, where according to legend Jews had risen up against their Greek-Syrian oppressors in the Maccabean Revolt. Hanukkah, means “dedication” in Hebrew and begins on the 25th of Kislev on the Hebrew calendar.

The holiday is celebrated with the lighting of the menorah (a nine-branch candelabra), traditional foods, games and gifts. The longest night of the year falls on December 21st this year, in the Northern Hemisphere. Since ancient times, the Winter Solstice has been recognized and celebrated as the subsequent “return” of the Sun. The traditions have influenced holidays, like Christmas and Hanukkah, that we celebrate now.

If you’re a Seinfeld fan, then you’ll be familiar with this one! Taking place on December 23rd, this festival is a form of playful consumer resistance against the commercialization of the Christmas season. It was created by author Daniel O’Keefe and entered popular culture after a 1997 Seinfeld episode.

There’s a Festivus dinner, an unadorned aluminum Festivus pole, practices such as the “Airing of Grievances” and “Feats of Strength”, and the labeling of easily explainable events as “Festivus miracles.” Yes, it sounds silly, but it does seem like it would be a lot of fun!

Who doesn’t know that this holiday falls every year on December 25th? Christmas is represented by presents and Santa Claus, but its origin is another story. The Christian holiday celebrates the birth of Jesus Christ, and although the true date of his birth is unknown, the church fixed the date as December 25, a date which corresponds to the winter solstice on the Roman calendar. If this is true, then that means Christmas is also a day to be grateful that the darkest nights have passed and spring is coming.

Santa? Today’s character is based on traditions surrounding Saint Nicholas, a fourth-century Greek bishop, the British figure of Father Christmas, and the Dutch figure of Sinterklaas (based on Saint Nicholas). Holly, jolly Santa Claus is portrayed as a portly, white-bearded man, wearing a red coat with white fur collar and cuffs, and he became popular in the United States and Canada in the 19th century.

Christmas is celebrated in countries around the world, even in non-Christian countries, where many of the non-religious aspects, such as gift-giving, decorations, and Christmas trees are embraced.

This annual African-American celebration is held from December 26 to January 1, ending with gift-giving and a feast of faith called Karamu Ya Imani. Kwanzaa was first celebrated in 1966, with the goal to “give Blacks an alternative to the existing holiday and an opportunity to celebrate themselves and their history, rather than simply imitate the practice of the dominant society.

The name Kwanzaa derives from the Swahili phrase matunda ya kwanza, meaning “first fruits of the harvest”. It was originally meant to be an alternative to Christmas but has turned into a celebration that many African Americans celebrate in addition to observing Christmas. Today, Kwanzaa is also celebrated outside the United States.

What’s a Celebration Without Food?

7 Recipes We’re Sharing With You

Holidays are made special by food prepared with love and care. They’re the ones that make an appearance for special occasions, and which may appear again and again over the years. Tradition can be very comforting, but there’s something exciting about discovering new things too.

I’m adventurous when it comes to food so our holiday cooking involves some tradition plus new discoveries that I think my family will enjoy. These celebratory foods are designed to be shared and enjoyed with those we hold dear (even though we may not be able to see them in person this year). They may not lead to glowing skin, but oh, they will nourish your soul. Stress and Skin: 5 Signs to Watch

Silicone Safety in Cosmetics – Should You Be Concerned?

How to Set Skin Care Intentions for 2019