Let’s talk about sweat facts. In particular, many of the myths surrounding natural deodorants. Because when it comes to this topic, there’s no shortage of information on the internet. Sadly, many of them make no sense at all. We’re discussing 7 that it’s time to bust. Let’s go!

For EVERYTHING you wanted to know about natural deodorant, read this post.

Why Do We Sweat? Facts

When it comes to sweating and body odor, there are lots of misconceptions. Time to set the facts straight.

Myth 1: Do You Have to Detox Before Using a Natural Deodorant?

One of the biggest cringeworthy sweat facts advice floating around is that when it comes to using deodorants is that you need to do a ‘detox’ when switching over from an antiperspirant to a deodorant.

Truth: First, your skin isn’t a “detox” organ. That’s what our livers are for. The main purpose of skin is to act as a barrier – keeping harmful substances out and the good ones in. Second, there’s absolutely no evidence to support the notion of detox when it comes to deodorant. As you transition over from using an anti-perspirant to a deodorant, the antiperspirant plugs that block sweat glands will dissipate until they are no longer blocking the glands. This occurs naturally and there’s nothing you can do to help the process along. You may start sweating more. And, the bacteria that live on your skin will feed on this sweat, leading to odor. Enter your deodorant. It’s as simple as stopping the antiperspirant one day and applying a deodorant the next. No product is required to help the process along.

Myth 2: Is It Safe to Use Baking Soda As a Deodorant?

The truth? Baking soda may be good for cleaning your kitchen sink, but it’s an ingredient that you should avoid putting on your skin.

Baking soda (also known as sodium bicarbonate) has a high pH. This makes it highly irritating to skin, which is slightly acidic (much lower pH). Applying baking soda not only disrupts the skin’s pH, it also disturbs your skin’s protective barrier and its microbiome (the collection of bacteria that help keep skin healthy). It can be very irritating, leading to rashes, redness or burning.

Truth: The pH of magnesium hydroxide is even higher than that of baking soda, making it potentially even more irritating than baking soda! (so the answer is no!)

Myth 4: Can You Use Kaolin Clay in Deodorant?

Truth: Here’s the problem—If you’ve switched to a deodorant because you want to avoid the aluminum in an anti-perspirant, you may be interested to learn that kaolin clay is made up of several minerals including kaolin, silicon and aluminum!If you’re trying to avoid aluminum, you should avoid deodorants containing kaolin clay as well. 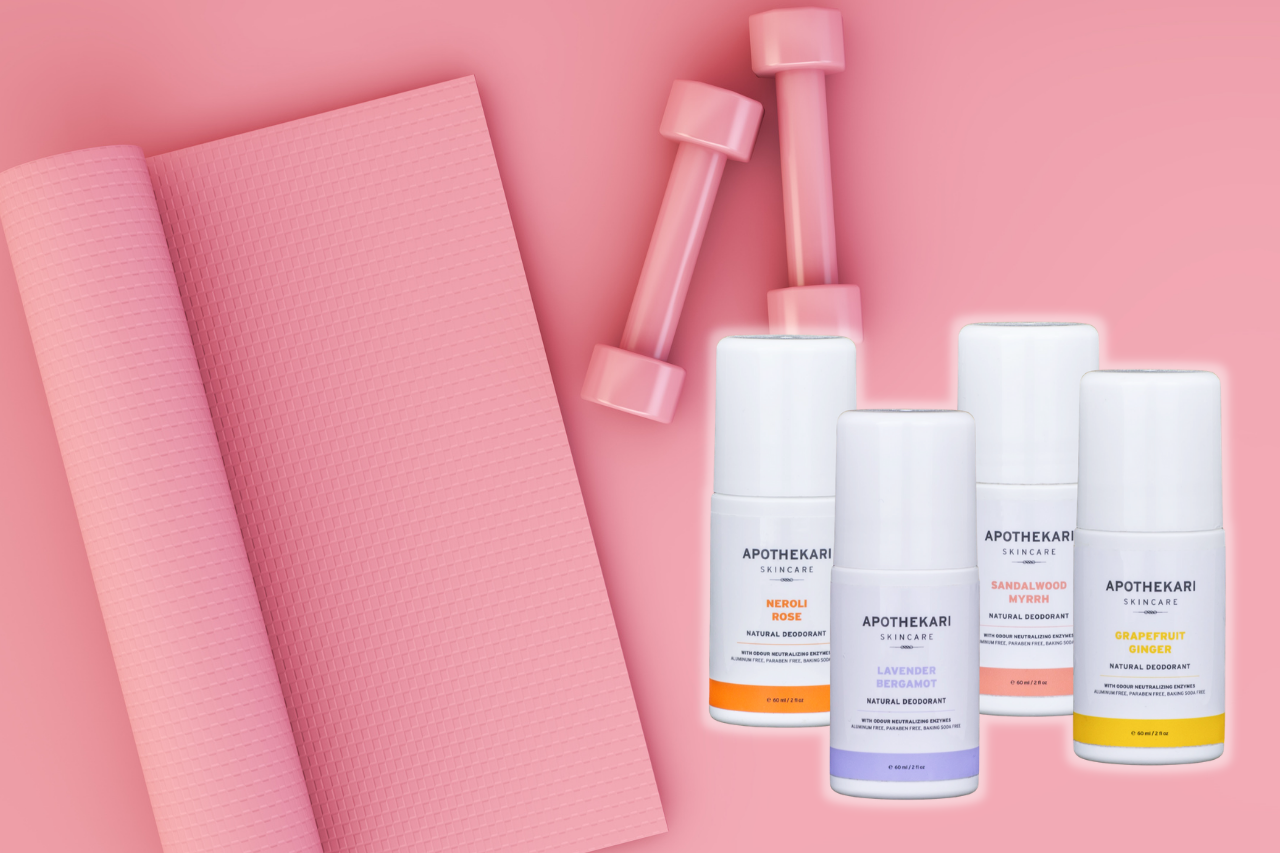 Myth 5: Are Parabens Linked to Cancer?

Parabens are a class of highly effective preservatives used to keep foods and cosmetics safe. A 2004 British study found traces of parabens in the breast tissue of 19 out of 20 women. And, because parabens have some mild estrogenic effect, some researchers concluded that parabens are linked to breast cancer and reproductive issues.

Truth: Although it’s often touted about as a scientific sweat fact, it’s important to note that parabens are included in cosmetics at very low percentages and that their estrogenic effect is very, very mild. Parabens are also found naturally in foods. Estrogen can play a role in breast cancer, but there is no evidence that people who use paraben-containing products face an increased risk. We can’t say that they’re categorically bad for us, but if you are concerned, other preservatives are available. All Apothekari products are paraben free.

Myth 6: Is Aluminum in Deodorant Harmful?

Truth: While it’s been suggested that there’s a possible connection between aluminum and breast cancer, there’s no scientific evidence that links its use to the development of breast cancer. In fact, a 2014 review concluded there was no clear evidence showing that the use of aluminum-containing underarm antiperspirants or cosmetics increases the risk of breast cancer (5) Willhite CC, Karyakina NA, Yokel RA, et al. Systematic review of potential health risks posed by pharmaceutical, occupational and consumer exposures to metallic and nanoscale aluminum, aluminum oxides, aluminum hydroxide and its soluble salts. Critical Reviews in Toxicology 2014; 44 Suppl 4:1-80. [PubMed Abstract]

The Alzheimer’s concern? A few studies from the 1960s found high levels of aluminum in the brains of Alzheimer’s patients. But the findings haven’t been replicated in later research and the conclusion is that there isn’t any link between the two.

The real problem with aluminum? It stains your white clothes yellow. And, many people are sensitive to it. These are the real reasons to avoid using aluminum. You’ll be pleased to know that Apothekari deodorants are aluminum free.

Myth 7: Do You Really Need to Use Deodorant?

I absolutely (DEFINITELY) need it, but you may not!

Truth: Research has shown that if you possess a gene called ABCC11, that you may not need a deodorant!

Researchers have known about this gene for a while, although most of the work on it has focused on its connection to earwax–people with this gene variant are more likely to have “dry” earwax, compared to “wet” or “sticky”.

Although researchers aren’t quite sure how the gene affects both earwax and sweat odor, they believe it has to do with the production of amino acids. When it comes to body odor, the presence of this gene means your armpits produce less of an amino acid that leads to bacteria growth. These bacteria, when combined with sweat, lead to body odor. Fewer bacteria, less odor.

It’s thought that only 2 percent or so of the population have this gene and that it’s more common in East Asian populations. Maybe you want to go au naturale to see if you can give it a miss?

I hope that this post has helped to provide some clarity around the confusion about deodorants. Let us know if you have any questions and we’ll be happy to help. A Is For Anti-Aging: Why Retinaldehyde?

Cosmetic Packaging: How to Do It Right

What You’ll Want to Know About Ergothioneine (Hint: It’s an Antioxidant)